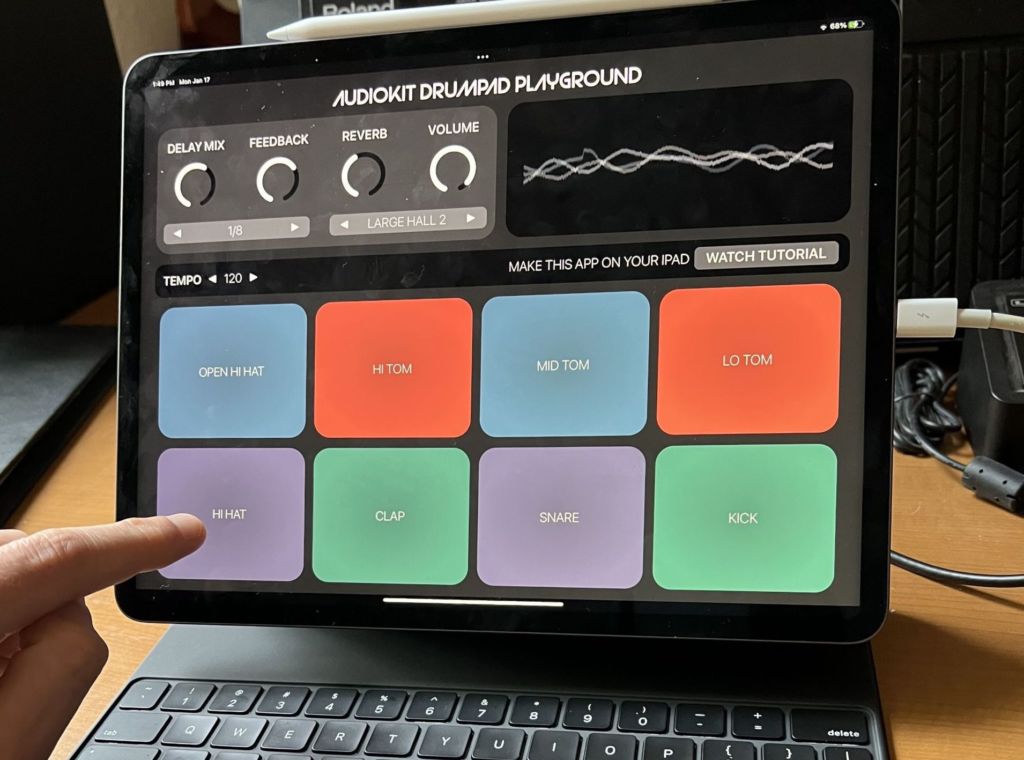 This year started with the creation of the Swift Playground Drum Pad app, source code, and walk-through tutorial of the code. But quickly I learned just how bad I was at creating video tutorials because a week later Nick Culbertson released his “How To Make An Instrument App for iOS with AudioKit” video and showed us all how fun and entertaining videos about audio programming can be. More of his videos followed, watch them all!


Nick’s been a great addition to the AudioKit family this year, and he’s taken over as the steward of the AudioKit Cookbook, which I am especially grateful for.

In May AudioKit Pro released the VHS Synth by Matt Fecher and Jeff Cooper. The app was very well received, topping the charts for some time. In August, we switched from Slack to Discord which was really great. Most of the good people from the AudioKit Slack happily came to Discord. Plus some really great people came out of the woodwork thanks to the new server.

One of those people, Brian Drelling, helped us bring CI uniformity to all of the AudioKit repos and built us a new website at http://audiokit.io/ Thanks, Brian!

This year, Taylor Holliday and I start releasing a lot of new code, not in AudioKit per se, but in separate repos under the AudioKit umbrella. AudioKit Pro wasn’t done yet, and we release a collaboration with Jordan Rudess of Dream Theater last month, an app called “Jam With Jordan”. https://audiokitpro.com/jwj/

Again, a chart-topping app, for a couple of days anyway :).

This year I began using Steffan Andrews‘ MIDIKit.
https://github.com/orchetect/MIDIKit
And I think it’s really great, try it out. AudioKit will be switching to using MIDIKit as a dependency as soon as Steffan and I find time to collaborate on it.

Finally, there’s been a lot of work on AudioKit itself this year, with a lot of work by Taylor Holliday to free AudioKit from the shackles of some of Apple’s closed-source audio tools, specifically AVAudioEngine.